I found a bug in the Sansa e280 v2 that really needs to be addressed.  I’m using MTP mode and WMP to do ALL synching. I started with a cleanly formatted player.  I tranferred 51 playlists (all verified to be working, correctly formatted playlists in WMP).  Once I disconnected the player and let it refresh, playlists 43, 46 and 49 are all empty, though the MP3s are indeed stored on the player.

I reconnected the player, went into WMP and deleted (from the e280) playlist number 43, disconnected and let it refresh.  Playlist 43 (previously playlist 44) is now empty, though it was previous fine.  Same goes for previous playlists 47 and 50 (now 46 and 49) - they are now empty.

The device has the latest firmware installed.

Would Sansa support please address this bug in the firmware?

Has anyone else seen this problem?

I’ve never heard of the bug you mention.  I never use playlists, so I’ve never encountered it.  I’m guessing not many people use more than 42 playlists, either, so maybe you’re the first to ever notice and post it to the forum.  You could try re-loading your firmware and re-formatting your player just to be sure the firmware on your player hasn’t become corrupted.  You can also try loading some older versions of the firmware if you can find them to see if you can find one that didn’t have the bug in it.  That would probably be useful information for the firmware developers to have in order to help them track down the cause of the bug – not that there are any firmware developers necessarily assigned to the e200 players at this time.  It has been a while since the last update.

Interesting idea.  So you would advocate re-loading the firmware and then re-formatting the player? Not the other way around?

I called Sansa support last week and reported the problem.  The CSR who took my call was able to recreate the bug on a stock e280 player.  He gave me a tracking number and said I’d be hearing from a firmware developer shortly.  As you pointed out, I’m not certain that will ever happen.

Yes, I’m probably the only person using 50 plus playlists.  As Slartibartfast says, “Deep in the fundamental heart of mind and Universe, there is a reason.”

I have a couple of audio Bibles I converted into MP3 format (renaming the files and re-doing the ID3 tags in an optimal format).  Being both a software writer and amateur audio engineer, I naturally wrote an application that generates a chronological reading plan that divides and organizes tracks into playlists.  So for example, NJKV Day 141.pla has the following tracks:

I currently drive two hours a day and can go through 6 or more of these playlists in a day.  Short of a firmware correction, all I can do is load 40 playlists at a time.

Anyway, thanks for the suggestion.  Though I suspect this is a solid firmware bug, I’ll give it a try just in case.

I doubt if formatting will fix the problem, especially in light of your most recent post.  The fact the CSR was able to recreate the problem indicates you don’t have corrupt firmware, either.  I didn’t suspect corrupted firmware, but I figured it was worth a shot to reload it.  Now, reverting back to 3.01.14A just might be the ticket if the bug was introduced in the 3.01.16A revision, a possibility at least.

Why would you be limited to no more than 40 playlists at a time?  Just make the 43rd, 46th, and 49th ones all empty ones and ignore them.

I tried that, only to realize that each empty playlists represent “one off with a subsequent increment”.  Thus, I originally had (where ##.1 is a real playlist):

Now I would have to have (where ##.0 is an empty placeholder playlist):

By the time I worked this out, my brain was fried. And I did not want to go back and recreate my playlists using this algorithm to name them.  Besides all this, I suspect the problem may repeat itself at set intervals.

You’re right though. Reverting to an older firmware version may be the solution.

I regressed the firmware to the previous version and reformatted the player.  Same results.  Playlists 43, 46 and 49 are empty.

Man, the player did not want to connect to my PC after the regression.  It kept connecting and disconnecting.

I’m having the same problem although I didn’t think to count what number my playlists were that are empty. After trying everything I could think of, and a thing or two that someone suggested, I still didn’t fix it. I’ll post a link to my topic in case it gets solved on mine.

Let’s hope we figure this out.

I created blank, placeholder playlists, computed where they should fall in the list, and put them in, plus extra playlists to follow immediately after each with valid content.  It works. I just pass over the blank playlists, which end in ‘A’ and go to te next ones, which end in ‘B’.

The problem repeats itself up onto at least 280 playlists.

I doubt that Sansa will ever fix it.  Manufacturer’s make money by developing and selling new stuff, not fixing old stuff.

It’s a shame because my e280 is a work horse of a player.  I listen to it at least 20 hours a week and seldom have to recharge it.

The lists are not empty. What actually happens is that playlists 43, 46, and so end up linked to the GoList.

Try it.Click on playlist 43 (or one of the others) and look at the title on top of the Sansa screen. It says GoList instead of whatever the name of the playlist is. And if you put anything on the GoList, it will be displayed when you select one of the problematic playlists.

Hopefully this will help, but then again who knows if Sandisk will do anything about it now that the Sansa e200 series is practically discontinued…

Hopefully this will help, but then again who knows if Sandisk will do anything about it now that the Sansa e200 series is practically discontinued…

But thanks for sharing your discovery. Hopefully this will help those who suffer for this situation. At least to understand it.

I have the same problem. I created 48 playlists and it seems that I hit the max or something. Now I have one playlist empty if I forced to get the songs in it, then the next one will be empty. this is a bug and Sandisk should fix it soon or how about a recall?

After I found the problem (and realized Sansa was unlikely to fix it), I developed a work around.  See the first page of this thread for details.

As my Grandmother would say (except that she wouldn’t have her teeth in), the workaround it’s a pain in the patootie.  But, it works.

this is a bug and Sandisk should fix it soon or how about a recall?

Neither a firmware fix nor a recall is going to happen as the entire e200 line has been discontinured. This glitch was not discovered until it was already too late.

Luckily only a few suffer with it. Most have more modest playlist demands.

No the playlist are not empty but golist has nothing to do with the problem, I have the same situation there are bugs in the sansa 280 the problem starts after playlist #42 then 43 gets empty then the next two are ok then the next is empty. I had 46 playlist of which 43 shows empty and 46 shows empty and if you rename them around the new one that happen to take those spaces will show empty, Sandisk should fix this problem or recall the units I still have 3.5 gb free space in the unit and can’t use it like I wanted

Although that would be nice, as I said before:

Neither a firmware fix nor a recall is going to happen as the entire e200 line has been discontinured. This glitch was not discovered until it was already too late.

You’ll just have to deal with it or work around it. Sorry, but it’s decision SanDisk did not ask our advice on before making it.

Tango - Although that would be nice, as I said before:

Neither a firmware fix nor a recall is going to happen as the entire e200 line has been discontinued. This glitch was not discovered until it was already too late.

You’ll just have to deal with it or work around it. Sorry, but it’s a decision SanDisk did not ask our advice on before making.

Cripes, I just discovered this problem with my e280v2, only it gets worse. I had 56 playlists and 4 of them went to the golist. I consolidated all my playlists and music folders so I had no more than 42. What a pain…

They can have my v2 when they pry it from my cold, dead fingers… 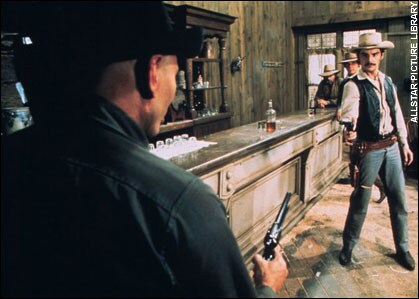 The v2 is a unique device, caught in a

Essentially, it’s a Fuze hidden in the

FYI please add playlist numbers 55 and 58 to the list…