I upgraded to the firmwire on my fuze and in my recently added option it only shows then new 20 or 25 songs reccently added. I’m used to the old recently added were it would list all the songs from new all the way to end. Any wayy to show/get that back?

If the feature is important to you, it’s simple to reinstall the earlier firmware if you so desire.  Changing the loaded firmware can be done at any time.

is it an option to do that on the newest firmwire?

The Recently Added list was intended for those times when you load a few new tracks or albums- and can’t remember the title once you get around to playing them.

If you make a large transfer en masse, say 100 or so tracks, like when you initially load the device, the recently added feature isn’t quite as useful.

With the earlier firmware (before the latest with the cool zillion pixel explosion), the recently added list was longer, wasn’t it?  I usually transfer a few tracks or albums at a time, so I haven’t delved into the limits of the function.

One of the tradeoffs is that we now have OGG and FLAC, plus the Sleep timer.  I find these refinements more valuable.

This is a firm wire : 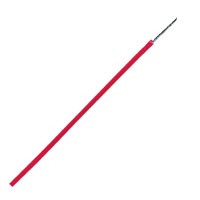 I’m using the same firmware, and my recently added list has 50 songs.  Strange for it to only have 20-25.