Can we get some sort of ETA on a toolkit for these drives?  Especially on a secure erase utility?

I think this is a pretty important thing for enthusiast users, and the current apparent lack of this is scaring myself and others about the future support of these drives.

Even if no specific date can be given, can someone at least confirm/deny that you intend to release such a toolkit for the Extreme SSD’s.

I know the SF-22xx controllers do very good job at cleaning up after themselves, much more than the first gen SF controller, but it’s still a very important tool to many enthusiast to be able to reset the tables to a new state in between a re-image, or after extensive testing/benchmarking etc.

from what i understand the toolkit sandisk is going to release will not ahve a secure erase tool. this you will need to look at third party solutions.

the tool kit will include

Using other people’s software and forcing the end user to hunt for and testing them for suitability means that I will NOT be accepting delivery of the Sandisk Extreme SSD that I am expecting tomorrow. Not that Sandisk cares but I will be persuading all that I know who are interested in buying Sandisk SSD not to do so. Not that I care about Sandisk, of course. Oh, you wanna proof of me rejecting the order, just let me know. I shall furnish you with the evidence. Too big to fail, eh? Wonder if Sandisk is a “Chosen Few”, you know, the Ones whose mantra is, “Ve vill not take ‘No’ fur zer answer”. Of course you von’t. Neither would I, not that Sandisk cares, of course. 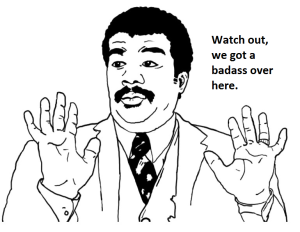 Well, different strokes, and all that.  Personally, I’m a LOT more concerned about Sandisk’s indifference (or even hostility) towards firmware updates.  As for secure erase, you can always user either The Ultimate Boot CD or what I use, the really wonderful and also free Eraser

Becareful about normal erasers, especially those that write zeroes and so forth to “securitize” the drive from snooping, retrieval, etc. Secure Erase, on the other hand, merely “resets” the RAM to allow for the RAM [locations] to be re-written over and therefore do not write anything to the RAM. As all know, SSDs’ main problem is when the RAM is filled to capacity which writing zeroes, etc, is doing.

It’s a real hassle this Secure Erase tree-swinging gymnastics. On some motherboards, the BIOS actually prevents SSDs from being Secure[ly] Erase[d], being some sort of good airy-fairy, goody-2-shoe, who is always on the lookout to “Health & Safety” mothering their underlings who do not know how to clean themselves after visiting the PC toilet. The workaround involves booting the SE app with the SSD disconnected and then reconnecting [electrically] “alive” it after the app is running and waiting to perform its SE no-airy-fairy nonsense duty. Yes, the manufactureres’ do not really give a hoot until their infamy starts preceding their reputation, Greed being Fear expressed whereas Fear is none other but Greed suppressed. Whip them with your pockets because that is the only language some entities understand, just like some obese will only start doing something positive when the heart palpitations start.