8.Have tactile buttons and a scroll wheel.

9.Have a mini USB connector.

Then JK98 would defintely not buy it. 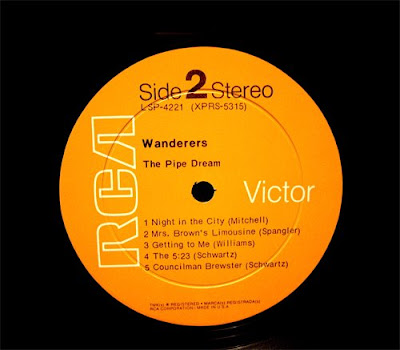 Similar to the Sansa and Cowon players we already have but with a few extras:

-Higher capacity flash players(32gb and above)

-Customizable interfaces of some sort

My ideal player would have:

recorde to OGG or MP3 instead of crappy WMA

Large amount of onboard memory (16 gb)

My ideal player would have:

recorde to OGG or MP3 instead of crappy WMA

Actually, it records in .wav format, not .wma. Neither format are what I would call crappy.

Well, all except for #4 anyway.

Well, all except for #4 anyway.

You don’t play Doom on your Clip?

I still haven’t found a player close to what I want. i pretty much want what I stated in the first post, except FM HD radio would be enough, I don’t need AM, and I would prefer having 2 micro SDXC card slots instead of one full sized one. Longer battery life is also important. With other brands making mp3 players having battery life in the 40-110 hour range, having just 15 or 24 hours of battery life(less in real world use) doesn’t match up well.

I would by such player even without included headphones for keeping cost down. After all, everyone who want better sound buys separate headphones anyway as those that come with players of any manyfacturer and any price range are low or middle quality.

Thing that I hate is when manufacturer make basic model for example for 50 USD. Then add some function which cost maybe 5-10 USD, but sell that player for 100 USD as advanced model. In one word, please, don’t make fools of your buyers. Don’t play marketig games and name players as “pro” equipment just to sell them for more money with adding function which are not expensive to add. Why, for example, player couldn’t have all functions (beside basic functions to have Line in, line out, and all other advanced functions) without separating models as basic, advaced and pro, and only difference to be internal memory capacity and difference prices because of internal memory and nothing else.

configurable menus so i dont haveto scroll through a bunch of options i never use.

a connector that is not micro usb. practically anything, anything else.

fuze+ with rocbox actually meets many of these criteria except th e touch contfols are difficult. a fuze+ with a scroll wheel and or 5 way tactile interface would be a dream come true

The original SanDisk MP3 Player has an option none of the models that followed contains: replaceable AA battery.

This one option makes it an ideal partner for the road and for use daily.

It allows one to resupply the device with energy at a moments notice, if you have an extra AA battery in your case/backpack, or can purchase extra energy from numerous places on road.

I do wonder why this one option was removed in persent and future models.

SanDisk should bring it back.

The original SanDisk MP3 Player has an option none of the models that followed contains: replaceable AA battery.

_ I do wonder why this one option was removed in persent and future models. _

Simple. Size and form (aka thin).

Plus, perhaps, built-in obsolescence, with people needing to buy a new player when the battery runs down?