The Clip says “Sansa” on the front.

The Clip+ says “Sansa” on the front and “SanDisk” on the back.

The Clip Zip says “SanDisk” on the front and “Sansa” on the back.

Why mine says “Sandisk” on the front and “sansa” on the back (just right under the flower)?

If yours says “SanDisk” on the front, you have a Clip Zip, not a Clip or Clip+.

i’m pretty sure it is clip+ :manhappy:

(how can i post a photo here from my hard drive?) thanks…

Umm, why not just go to the SanDisk store (or do a Google search/go to any online store such as Amazon.com) to see what each player looks like?  A 30-second solution.

Or look at the top of the various Clip forums, where the user manual for each player is listed and that you can look at?

(And you can’t post a pic here directly; instead, upload it to a service like Image Shack and insert the link here using the link icon on the compose message screen.)

This is a clip+.   It has a two color display and has no album art, only icons.

This is a clip zip.  it has a full color display and has album art.

And this is your brain on music. Heard through either of the above players.

thanks to all the reply.

ok. :manhappy: here are the photos…

thanks to all the reply.

ok. here are the photos :manhappy:

thanks to all the reply

ok… here are the photos :manhappy:

Umm, is there a question?  As the photos show, that is a Clip+.

All the pictures of the clip+ that I have been able to find online has “sansa” on the front. 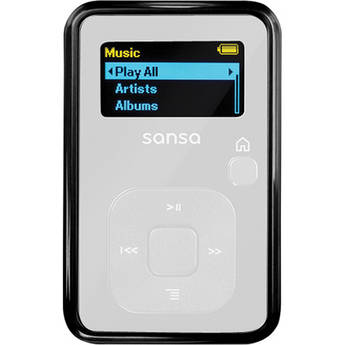 I see from your photos that the front of yours has “Sandisk” on the front and “sansa” near the logo on the back.

It could be that Sandisk just decided to give the clip+ a slightly different look on the newer ones that were being manufactured.

In any case, all the features will be the same no matter how the outside of the player looks, IMO, and whether it has the same internal hardware or not.

A Sansa by any other name would still sound as sweet.

Wow.  Someone, I won’t say who, woke up on the wrong side of the bed this morning.  lol

Wow.  Someone, I won’t say who, woke up on the wrong side of the bed this morning.  lol

I wasn’t aware the Clip+ had been released in white (which only reinforced my (now proven incorrect) belief that the TC’s player was a Zip), looks nice. But I’m going to concur with mags : whether it says “Sansa” or “Sandisk” on the front, it’s the same on the inside. It’s still a Clip+.