Since I have been using mp3 players I have always gone with SanDisk products. My first mp3 player, which I bought using my own money, was part of the e200 series. Since then I have owned a sansa view, a clip and a clip+.

Out of these players the one I have enjoyed the most and also the longest would be the e200. The e200 lasted for years of heavy(and i mean HEAVY) use. While the View broke in a few short months, and the clips both lost their…clips.

The e200 was a tank, which suited my needs really well as I literally always had it with me and in my pocket. No case, no screen, just mp3 player in a pair of jeans. Fall after fall it kept on playing for well over 2 years(2006-2009).

The e200 also had a sleak and unique appearance. The ring of light scroll wheel started many conversations which I used to influence atleast two others into buying sansa products.

Now I am still using the clip+ but I’m in the market for a new player and as much as I want to just buy another e280, it seems like a lot of money to spend on an out dated gadget.

Bellow is a picture of  my sansa when I changed the SM LEDs in my player. Something both of my friends who had purchased the player had me do to their players as well. I miss those scroll wheels soooo much!

About as likely as Sarah Palin being our next US President. 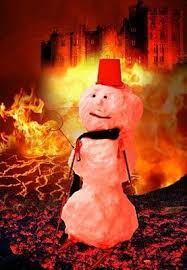 This guy has a better chance at survival.

About as likely as Sarah Palin getting elected as our next US President.

This guy has a better chance at survival.