How about a Clip+ LP version(long play)?

I wonder how many people carry a second Clip+ with them since the battery life of the Clip+ isn’t long enough. Using a 16 GB card and swapping the card from one player to another would be interesting except for the time to rebuild the database. It would be so great if there could be an option on the Clip+ and Fuze to disable tag browsing(thus eliminating the wait time to rebuild the database when a card is swapped).

So many people love the Clip and Clip+ but some are so  very frustrated by the short(12 hours or so for many in real world use) battery life, and modify their player into an ugly mess just to get longer battery life.

Ah, the joys of production constraints.  The Clip+ has slightly less battery capacity, 290mAh, versus the Clip’s 330mAh LiPo battery.  Yet, despite the increased demands placed upon the machine by adding µSDHC support, SanDisk discontinued the famous blue ring light for the new Clip+, removing a major power consumer in the interest of conserving power.

The resulting power savings helps considerably, but I do note that the Clip+ consumes electrons at a regular pace.  Of late, this rate is increased by my personal habits, as I test out possible ways to kill the wee beastie.  I’m not having much luck in this endeavor, as the initial firmware is quite stable, I’m happy to report.

If you’ll recall, my preference for the Clip+ involved increasing the depth about 3mm, as growth along “the Z-axis” is far less obtrusive with this happy form factor.  I would love to see a deeper battery mounted in the future.  And the slightly increased heft adds to the quality feel of the device, I must admit.

After looking at the disassembly of the clip plus on ABI, it seems that it wouldn’t have been too difficult for Sandisk to have increased the clip plus’ length by half an inch.  The battery is flat and rectangular.  One that is half an inch longer could increase battery life by 4-5 hours in my estimation. (Just judging from size alone.)

The display could also be longer too and that will allow for the addition of another line to show the time.

d_headshot wrote:
Sandisk may as well add a colour screen and call it a Fuze+

My Clip+ also doesn’t last very long between charges - about 6 hours seems to be typical - and the charge indicator is just wacky.  This is an 8Gb player bought in the UK in December 2009.

+1 from me on the idea of making the Clip+ a little bigger so the battery lifetime can be increased.  In fact I wouldn’t mind if they made it as much as twice as big.  My Clip+ is so small and light (or maybe my hands are so big and clunky) that it’s hard to tell whether I’m actually holding it.  I’d be pleased if it were a little heavier, and maybe longer [… :wink:]

for the rest of my opinion on battery lifetime.

. . .maybe my hands are so big and clunky) that it’s hard to tell whether I’m actually holding it.  I’d be pleased if it were a little heavier, and maybe longer [… :wink:]

Oh wait, I was thinking of something else! Never mind .

What’s that quote . . . “Discretion is the better part of valor?”

What’s that quote . . . “Discretion is the better part of valor?”

You must be bored; dredging up an almost year-old thread of yours further propegating your 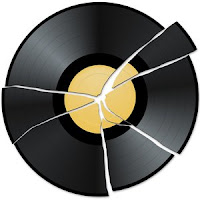 This Clip+ with around 150-200 hours of battery life amuses me. This is a bit extreme though.

In typical use (rather than simply letting the device play continuously in shuffle mode), I usually top off the device daily or every other day.

Playing podcasts, audio books, and protected media, the device is busy, plus the display is often active.  I usually find that the device has dropped to 30-40% on many days.

In short, a higher battery capacity would be a great addition.  I like the idea of a “piggyback” accessory battery as well.  Holey moley, that pair of batteries globbed on the back is ugly, but it does illustrate that if some are that determined t give the Clip more capacity, there is a market for the idea.

Resurrecting a thread from the archives . . . . How about one with (claimed) _ 25 _ hours battery life?  Perhaps someone at SanDisk actually is listening to you.