I’ve been shopping websites for a SanDisk  Extreme HD VIDEO 32GB Class 10 SDHC card.  On some sites this description shows up as SanDisk Part Number SDSDRX3-032G-A21. On others it shows up as SanDisk Part Number  SDSDX-032G-X46.  The photos that accompany the descriptions are not consistant.  Some show HD VIDEO on the card and some don’t.  Does anyone out there know what Part Number matches the description of what I’m looking for?  I searched for and couldn’t find any reference to either number on the SanDisk website, or even if they exist!  Also, does anyone know what the difference is between an Extreme HD VIDEO Class 10 card and an Extreme Class 10 card?

ok first the Extreme Class 10 cards are actually the same as the Extreme HD video they just changed the name. that being said there have been a few other changes as well.

SDSDRX3-032G-A21 is an Extreme HD video card class 10. this product is no longer manufactured and was replaced with SDSDX-032G-X46

THANK YOU, drlucky!  I looked all over for that info!  If anyone  reading this has any input into the SanDisk website, it seems to me that a visitor to the site should be able to do a search for a particular SanDisk product using their own manufacturing number and find info for that product, even products they no longer make.  I searched both numbers on the site and “found no results”.  Or maybe I wasn’t looking in the right place???    Shopping and comparing products and prices is tough when the same products are sold under different names or  labels.  I even did open searches using both these numbers and UPC numbers and still couldn’t figure it out!

Just for your information:

Opening up the SanDisk Extreme SDHC Card 30MB/s 32GB box we found the only contents inside the package were the 32GB SDHC card and a piece of paper with a serial number for RescuePRO. With RescuePro, you can easily recover accidentally deleted images, lost digital images or data from any SanDisk memory card, RescuePro recovers images documents, mail, video, music or just about anything.

Amazon also has listed 32gb cards that are SDSDX3-032G-A31… what is the difference with that card compared to the SDSDX-032G-X46?

SDSDX3- is the former version, this model was updated to SDSDX- , the main difference is that the new SDSDX- has the UHS-I mode enabled, that means that your camera will be able to reach the max. write speed of 30MB/s when working in UHS-1 mode.

These are the different cards: 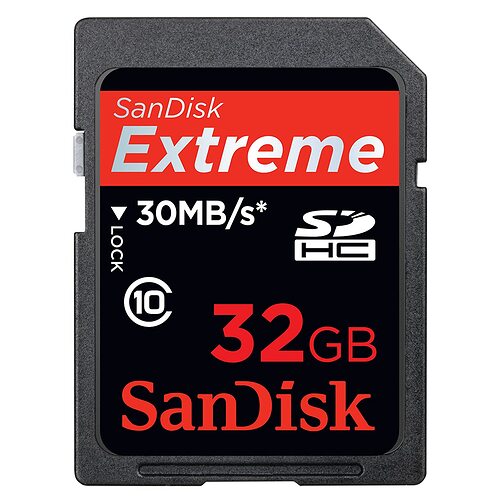 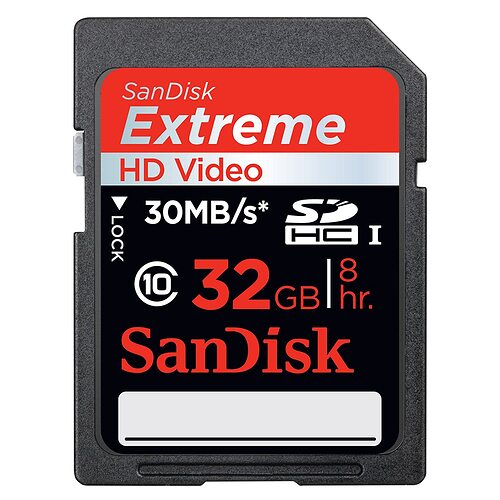 Hope this helps to clarify.

I don’t know if this info is still of interest but I just got off a call to Sandisk and ultimately to their “technical support for professional memory cards”.  My question to them was what is the difference between their item numbers SDSDX3-032G-A31,

SDSDRX3-032G-A21, and SDSDX-032G-X46D.  All of these are shown on their website as 32 gb SDHC class 10 cards with a 30 mb/s’ transfer speed. The final answer from their “experts” is there is no difference except for the packaging.  They are the same card.  SDSRDX3, SDSDX3 and SDSDX all specify the Sandisk Extreme SDHC card: the 032G, of course, specifies the capacity in gigabytes; the A31, A21 and X46D identify the different manufacturing sites where the cards were made.

My next question to them was whether the listed 30 mb/s’ read/write “Max” speed was theoretical or actual as I require a card for a video camera with a 24 mb/s’ tranfer rate to a memory card.  The response was that the card will maintain whatever speed the host is sending to it up to a maximum of 30 mb/s’.

I hope this helps someone in addition to me select the right Sandisk SDHC card for their requirements. I can’t believe how confusing this process has been!

And to make things more confusing…

There’s a BIG problem doing this, consistancy and credibility.

We cannot be sure what the current model is, since three designations are being used. How can we tell which are current? How can we tell the value when you keep jumping horses and changing labels?

The exact same part is known by at least three part numbers. They are sold for different prices, can you explain why?

The part numbers are unfindable at the sandisk.com site. Are they legitimate? Are they supported?

Does SanDisk support their product? Very hard to believe it based on these things. The website needs to be current and explain why marketing is drifting all over the place.

I’m in the same situation of the forumer Gio7 a couple of post ago: I bought 2 SD cards on Amazon.it, with code SDSDX-032G-X46  they look like the second photo but there is no “HD video” logo, and the speed is 45 MB/s

I’m wondering if it could be that these are fake cards! How can I check this evenience?

I’m wondering if it could be that these are fake cards! How can I check this evenience?

Use h2testw to test them.

Thank you, I’ll try for sure.

In the meantime I founded photos of the card

the first photo shows the card, the third one the package.