clip+ not turning on

My Sansa Clip+ will not turn on. Everything was fine until one night i left clip connected to the computer for the whole night to recharge (as i often did). It hadn’t turn on the next day. When connected to the computer i can browse files and folders but it doesn,t turn its screen on. When I reset it by holding power button for 20 seconds (i’d tried to hold it down even for a minute) it doesn’t work neither. Only difference is when i try to turn it on after reset is that for few seconds i can see a flower logo but the screen is dim and goes black almost immediately. Connecting it to charger or to computer using USB cable does nothing. Any idea what can be done?

Did you try giving it a full charge using a cell phone charger?

I tried. I used chargers and cables that work for sure

I am having the same trouble. Was playing it & then it just quit. Was fully charged night before. Now won’t turn on, and nothing happens when I plug it into charger.  HELP!!!

I no more than typed that, and all of a sudden, it started working. This is really weird. What causes it & how can it be fixed to not happen again?

First make sure you have copies on your pc of everything on the player. Format the player using your pc. Disconnect it and see if it turns on now. If so, format the player again using the player’s menu. If it didn’t turn on, then download the latest firmware and manually install it on the player. If this doesn’t work, then you might have a hardware problem.

I no more than typed that, and all of a sudden, it started working. This is really weird. What causes it & how can it be fixed to not happen again?

Unknown cause–these things just sometimes happen (like my TiVO DVR rebooting every few months).  Sometimes the firmware can become corrupted over time–you could reinstall it (this will not erase your content on the player); see the firmware upgrade sticky thread at the top of the forum.

In the thread about installing the firmware it is told to ensure the battery is at least 50% full. I’m sure it is not - it’s been few weeks since it didn’t turn on. So won’t it void my warranty if I try to reinstall the firmware in that condition?

I forgot to add that I had formatted the clip. after i tried to turn it on nothing happened. Just the same dim 2 seconds animation with flower logo and then it goes black. Though after the failed attempt to turn it on few files and folder appeard on the clip - AUDIBLE, AUDIOBOOKS, MUSIC, PODCASTS, RECORD, DID.bin, MTABLE.SYS, RES_INFO.SYS, SYS_CONF.SYS and version.sdk

I think I have this problem with my 4GB Clip.  A couple months ago it started shutting off after the flower logo at startup.  The problem was initially so infrequent that I thought it just got a bad file.  I deleted the files I had recently loaded and the problem seemed to go away.

Now, however, it is back with a vengeance.  The Clip shuts off every time I turned it on and I had to reset it first in order to use it at all.  Sadly, it seems to have finally died.  Resetting it no longer works as a temporary fix and most times I can’t even get a flower logo out of it.  The Clip is also totally unresponsive to being plugged into a PC, so I can’t format it or change the firmware.

I originally thought that the battery had just worn out, but it still shows a half charge for the split second before it dies, and there is no LOW BATTERY warning.

Any thoughts?  Should I be looking for a new Clip?

I forgot to add that I had formatted the clip. after i tried to turn it on nothing happened. Just the same dim 2 seconds animation with flower logo and then it goes black. Though after the failed attempt to turn it on few files and folder appeard on the clip - AUDIBLE, AUDIOBOOKS, MUSIC, PODCASTS, RECORD, DID.bin, MTABLE.SYS, RES_INFO.SYS, SYS_CONF.SYS and version.sdk

You might try leaving it plugged into an AC power source to charge, overnight or even for a day or 2–it might need a trickle-charge to start up.

After advice from a friend i cleaned with a needle the usb port inside the clip and to my suprise it actually has turned itself on after connecting to ac charger. But the problem is that brightness is so low it’s unreadable even though the brightness settings are set to maximum. I will try to charge it few hours and see if that improves

After few days of trying to charge the clip the screen is still unreadable (the brightness is set to maximum). Clip connected to the charger charges for like five minutes then the charging icon looks like the battery is 100% full even though earlier it had been discharged almost completely. And the battery status in “Sysytem settings” > “Information” always reads 100% full 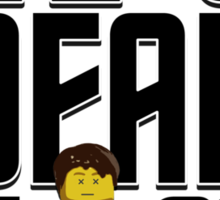