got this ssd a few days.

any hints why the performance is so bad in writing?

It seems the read speed is ok but the write speed is really low, can you try to sanitize the drive with SSD Dashboard and test again ?

“can you try to sanitize the drive with SSD Dashboard”

what do you mean by that?

in SSD Dashboard software if you go to Tools tab you can see sanitize option on the left, this will wipe out all your data on the drive so make sure you have back up before you do it

If you tried the SDSSDP on the same port, it seems to be performing at reasonable speed, I think replacing the drive will likely fix your issue

ah ok, i will do the “sanitize” and report the result. will be after the weekend.

after a little more reasearch i think there are 2 possibilities:

i contacted the retailer, they want to swap it / replace it.

i guess this ssd & the asmedia 106x sata 3 controller do not like each other.

is that a known problem?

ok, this is not a sata controller problem.

never ever i will buy sandisk again.

i would contact sandisk and see about getting it replaced.

so you mean i got 2 times a brandnew & damaged ssd?

I bought one of these things as well, performance is poor: 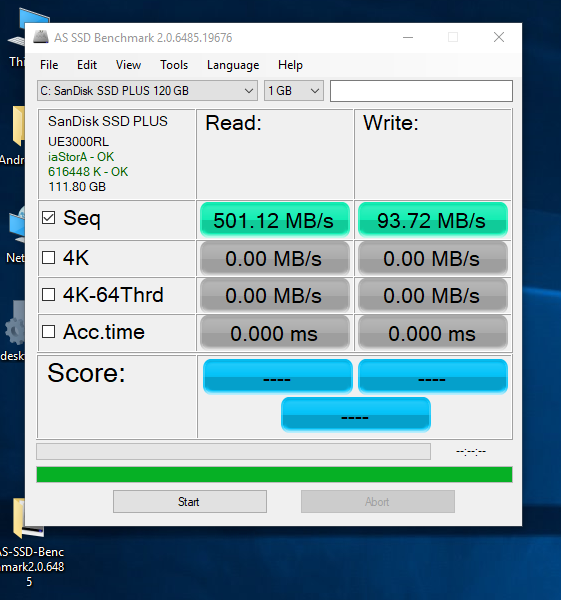 I tried the suggestion from this thread about “Sanitising” the drive, but it failed. The Pre-OS version of Dashboard detected the disk fine, but it failed sanitising. 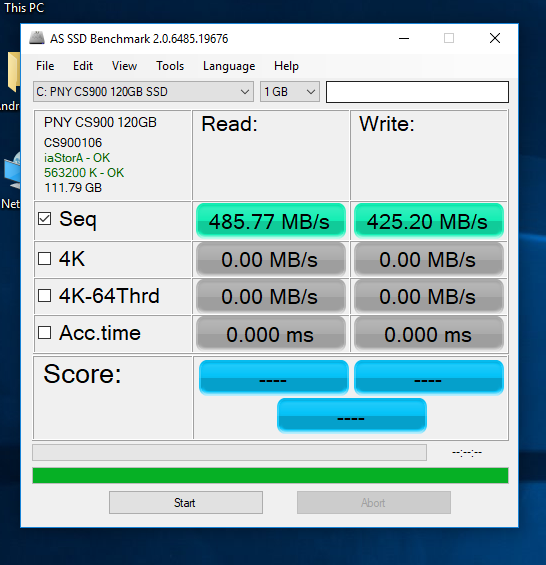 I’m gonna get in touch with SanDisk, it must be duff.

Got an email back from SanDisk with some pretty bone questions, considering that I sent them the above screengrabs.

Anyway, questions answered, the reply should be interesting.

After answering a dozen questions, taking photos and running Crystal Diskmark etc etc, SanDisk have got back to me and told me to contact the retailer. D’you know what? I can’t be bothered: I’ve wasted to much time on this stupid thing already.

It’s going in the bin, and I’m not touching anything from SanDisk again with a 10 foot pole. Lesson learned.

I have exactly the same problem, is the disk damaged?

Braindumps4IT provides valid Cisco 300-320 dumps that are verified by expert IT professionals. We have  Cisco - Designing Cisco Network Service Architectures  300-320 real exam questions of CCDP with verified answers that can be of great help for students looking for  Cisco - Designing Cisco Network Service Architectures  questions answers. Get best preparation study material for 300-320 with latest 300-320 braindumps from Braindumps4IT.

i think, i have same problem.I used sata II but ,  Is performance normal ?

Can we get an offcial position on this issue, I just purchased TWO of these garbage adds, which are slower than 10 y old HDD at writing stuff.

Tomorrow I’m returning both units to my retailer, I’m really disappinted with these drives because I have 4 other plus models on other computers and the performance just fine, just this horrible g27 is giving me such mediocre performance.

For now, back to my hdds.

Oh, btw, I heard from SanDisk Brazil that you are about to release a new firmware that suppsedly would fix this issue, could you please just post some official news on this so we can inform ourselves before wasting our time and money? Also, you should advertise write speeds for the plus series in the box! My ssd is nothing more than a glorified sd card. Hell, my 128 gb sd card can sustain 80mb"s write speeds for large files, and my ssd can’t, wtf SanDisk?

Same, I’m going with Samsung ssds. This is slower than a 7200rpm hard drive. (I’m using this in a laptop)