When Will We Return?

Well then, I listened to President Obama’s grand speech at NASA today.

I guess I will be a grandfather by the time we do return to the Moon.  See, it works like this: his understanding, as well as the administration, of a Rocket Scientist means “smart guy”.  He has retasked the smart guys to look into the Toyota Prius.

I think I’ll ask a petrochemical engineer to design a can opener.  He must be a smart guy, right?  Let’s ask an astrophysicist to look into improving Astro Turf.  After all, they sound the same, aren’t they?  These people have singlehandedly managed to insult the entire scientific community in one stroke, while feeling good about their accomplishment.

NASA exists for the sole purpose of aerospace and aeronautical research.  Over the years, this has evolved to include weather and climatological research, and analysis.  Some of these projects have been used to probe “global warming”, now called “climate change” in a larger umbrella.  This is a topic in itself. We have seen skewed data in recent years, like images of high carbon dioxide levels that mysteriously started at the California border (the cropped images were amusing, I saw the complete set from a friend at JPL, with China included).

I have studied rocket engines and their requisite componentry, turbine feed pumps, the combustion chamber, and the details of nozzle design.  One simply cannot use the term “rocket scientist” in the same vain as the general population, once the intricacies of rocket design are understood.  Our best and finest have been involved in the multitude of problems encountered in engineering a rocket.  Very few can appreciate the marvel of the five engine cluster that lifted the mighty Saturns aloft.  The beautiful craftsmanship, thousands of individual parts, all working flawlessly.

The Saturn main engines used tons of kerosene.  The Ares uses hydrogen, a completely new and more powerful engine, derived from the Shuttle main engines.  Every time a “talking head” proclaims the Ares as old technology I wince.

I must tip my hat to the engineers at Pratt and Whitney.  Have a look at the glorious run here.

This is an RL10, used in the upper stages of the Saturn, and redesigned to power a Mars decent stage.  It is now a completely throttleable design (11:1), from 4 to 104%, unthinkable years ago.  This is a smaller engine.

Here is Godzilla, the SSME.

This engine produces just under 500,000 pounds of thrust, with the gases exiting the nozzle at about Mach 6.5.  How’s that for acceleration?  And these engines will retire with the Shuttle fleet.  The Ares has a new generation of engines.

Yet Obama refers to this flippantly as “old technology”.  My heartfelt apologies to the engineers that have been anything but asleep at the wheel for the last 20 years, working on these engines.  But hey, I guess we’re going to have engines designed by entrepreneurs in their garages now.  Awesome.

I wonder what Wernher Von Braun would have to say about our new commitment to space.  I’ll give you a hint, I’ll bet it couldn’t be printed here.

Well then, I listened to President Obama’s grand speech at NASA today.

These people have singlehandedly managed to insult the entire scientific community  country in one stroke, while feeling good about their accomplishment.

Maybe that’s why Mr. O’s approval rating has taken a slippery slide down into the great unwashed porcelain bowl. The sad thing is, his faithful Kool-Aid drinking followers don’t even realize it.

Let’s ask an astrophysicist to look into improving Astro Turf.

I guess I will be a grandfather by the time we do return to the Moon.

I was particularly amused by Buzz Aldrin’s comments. Essentially, “Been there, done that!”

I wonder what Wernher Von Braun would have to say about our new commitment to space.  I’ll give you a hint, I’ll bet it couldn’t be printed here.

To read Neil Armstrong’s take on the voyage to the Moon, I had to wait until 2005 , with the authorized biography, First Man. 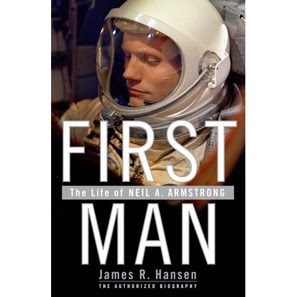 If I recall correctly, Neil was humble, even when it came to the title as the publisher wanted it.

Neil is reclusive, avoiding the limelight.  Buzz is quite the opposite.  A combination of factors led to Neil being the first man to set foot on the Moon, and I’m very glad things worked out the way they did.

With this in mind, i_f Neil decides to speak his mind_, he has a strong desire to do so.  He spoke up against the throttling of the Constellation program, and his joint announcement with Jim Lovell means all the world to me.

Why ask for the moon when you can have the planets

I do have to get back into the site and do some maintenance: Some links are down, others moved etc Internet Archive deleted the whole Space Patrol radio series. I’ve got scades of vid on my site but don’t know how to write the “object” for flv so the best I can do have it download which can take forever