In honor and memory of Davy Jones (2nd from left below) who passed away today at age 66. 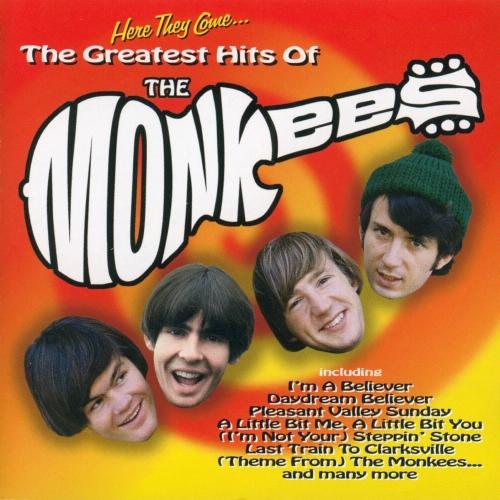 Maybe the title of the 5th song is going to have to be changed now to “(I’m Not) Steppin’ On Your Head Stone”.

The Monkees will always be a favorite, the antithesis of so many pop groups today.  Those dudes were a lot of fun, back in the day.  If you read up on their history, they had quite a few interesting hurdles to overcome.  Ilike quite a few of their tunes.

Took a few minutes to do some tinkering today in the workshop.  I just can’t put this audiobook down-

Michael Crichton was working on this novel when he passed away, as you see, Richard Preston, author of “The Hot Zone”, completed the book.  Preston has done a wonderful job, as the style is seamless.  In a few reviews, some complained that his basic science behind the book was simplistic.  Looking beyond this criticism, it’s the adventure that is portrayed in the tome that has a “magnetism” (pardon the pun) of its own.  Awesome adventure.  In two days, I’ve breezed through three-quarters of the book.

I’ve collected Crichton’s hardcover editions since childhood, The Andromeda Strain was the one that had me hooked.  His more recent Jurassic Park book, adapted to the big screen, was quite successful (though I would have preferred John Carpenter as director, now that would have fit the book’s mood much better. Will Always Love You by Whithney Houston.

These days I listen “Thank good” such a nice Lyrics.

Priscilla Ahn Thank good
I have many things to be thankful for
The bears, the trees, the honeybees
Despite all the trials Ive gone troughem before
I must admit Im pretty lucky