What can I say? I’m just an old-school fool. :smileyvery-happy:

What can I say? I’m just an old-school fool. :smileyvery-happy:

That would make a funny signature here…

“What can I say? I’m just an old-school fool.” ﻿-Tapeworm 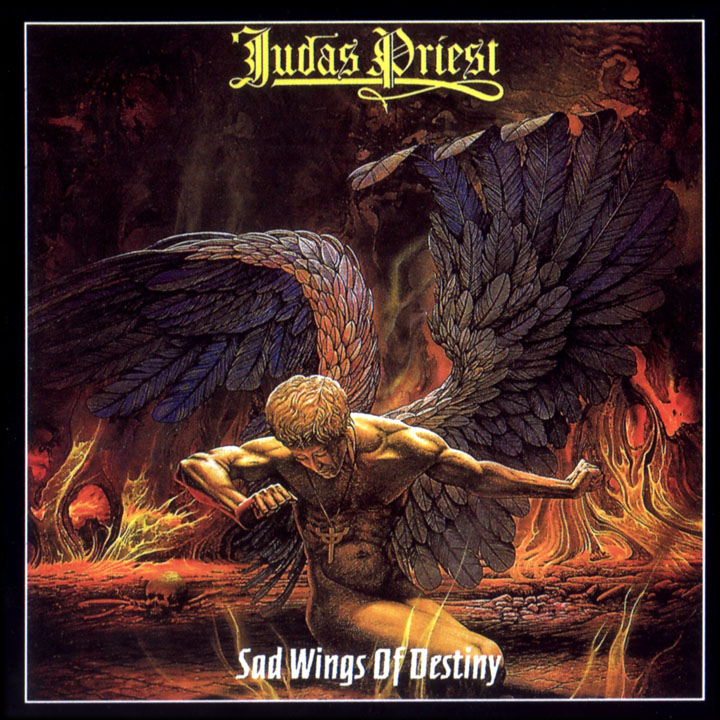 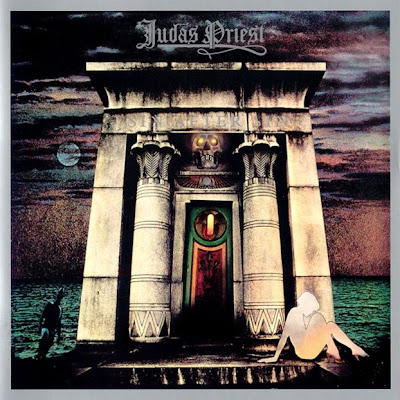 Judas Priest’s major-label debut Sin After Sin marks their only recording with then-teenage session drummer Simon Phillips, whose technical prowess helps push the band’s burgeoning aggression into overdrive. For their part, K.K. Downing and Glenn Tipton employ a great deal more of the driving, palm-muted power-chord picking that would provide the basic rhythmic foundation of all but the most extreme heavy metal from here on out. Sin After Sin finds Priest still experimenting with their range, and thus ends up as perhaps their most varied outing. Yet despite the undeniably tremendous peaks here, the overall package doesn’t cohere quite as well as on Sad Wings of Destiny, simply because the heavy moments are so recognizable as the metal we know today that the detours stick out as greater interruptions of the album’s flow.

The proggy ballad “Last Rose of Summer” is the biggest departure here, with florid lyrics and “red blood/white snow” imagery that would be fully at home on any goth rock band’s most depressing bedsit dirges. “Here Come the Tears” is musically dissimilar, with heavy guitars and Halford’s downcast wailing, but it’s just as lyrically mopey. These two sit rather uneasily against the viciousness of the more metallic offerings. Classic opener “Sinner” is packed with driving riffs, sophisticated guitar interplay (including a whammy-bar freakout during a slower middle section), a melody that winds snakily upward, and nifty little production tricks doubtless inspired by Queen. A galloping, fully metallic reimagining of the Joan Baez folk tune “Diamonds and Rust” is a smashing success, one of the most effective left-field cover choices in metal history. “Starbreaker” is the first of many “alien monsters from the sky!” tunes in the band’s catalog. Proggy, churchy guitar intro “Let Us Prey” quickly leads into the speed-burner “Call for the Priest,” which may just be the earliest building block in the construction of speed metal, and features some of Tipton and Downing’s most impressive twin-guitar harmonies yet. “Raw Deal” is a less immediate metal offering that faintly recalls the band’s blues-rock roots, though it may be most interesting for the blatant lyrical references to S&M bars and gay haven Fire Island, not to mention an unmistakable endorsement of gay rights.

Things close on a high note with the utterly stunning “Dissident Aggressor,” one of the heaviest songs in the band’s catalog, so much so that it was covered (and not outdone) by Slayer. Once the bludgeoning main riff abruptly kicks in, Halford screams at what must be the very top of his range; a completely manic Phillips offers some of the earliest double-bass drumming in metal; and the crazed guitar solos prove that Tipton and Downing had more than just pure technique at their disposal. It’s not a stretch to say that at the time of its release, “Dissident Aggressor” was probably the heaviest metal song of all time. It’s the biggest sign here that as good as Judas Priest already was, they were on the verge of something even greater. In what must seem like a much bigger oddity now, the inaugural American tour that ensued found them opening for REO Speedwagon and Foreigner.

The Calling! lead singer Alex band. best voice ever. He doesnt get the credit he deserves tho.

by Thom Jurek
Tori Amos has attempted conceptual recordings as far back as Boys for Pele in 1996. It worked beautifully there, and on Scarlet’s Walk, less so on The Beekeeper and American Doll Posse. Night of Hunters was created because of a commission by Deutsche Grammophon, to create a 21st century song cycle that took into account classical works from the last 400 years. She built it around 14 songs from variations on Bach, Debussy, Granados, Alkan, Satie, Schubert, Schumann, Mendelssohn, Mussorgsky, and Gregorian chant. Its themes reflect the journey of a woman who finds herself in distress as a relationship dies, and must find inner strength to transcend her circumstances. Amos joined her voice and Bosendorfer piano with reeds, winds, and strings, arranged by John Philip Shenale.

While her narrative can be frustratingly complex and her lyrics obscure, the work ultimately succeeds because she restrains herself from all excesses and employs her finest vocal and playing skills; the latter are, at this juncture, formidable. Shenale’s arrangements take Amos’ rhythmic playing into account in his charts; he complements them and never over-orchestrates. On “The Shattering Sea,” based on an Alkan’s “Madwoman on the Sea-Shore,” strings by the Apollon Musagete Quartet pulse just behind her piano, creating drama underscored by reeds and winds.

When she pronounces emphatically, “That is not my blood on the on the bedroom floor,” the tension becomes unbearable. In “Snowblind” (based on a song by Granados), her character refuses to accept blame for the end of the relationship. Amos creates a mythical guide/Muse as balance: the fine vocals of her 11-year-old daughter Natasha as Anabelle the Fox make their initial appearance. “Battle of Tree,” based on Satie’s “Gnossienne No. 1,” will demand attention from the listener who will be seduced by the interplay between voice, strings, reeds, and winds.

“Cactus Practice,” despite its ridiculous title, is one of the more beautiful pieces here; it’s another vocal duet with Natasha, based on a Chopin nocturne. Likewise, their duet in “Job’s Coffin,” inspired by Mendelssohn’s “Nautical Twilight.” “Seven Sisters,” the instrumental pairing of her piano and Andreas Ottensamer’s clarinet – inspired by a Bach prelude – precedes “Carry,” the most powerful (and accessible) cut. It’s also the closer and is based on a prelude by Debussy.

Night of Hunters is not a pop record and therefore claims a different place in her oeuvre. It contains the power and dynamics and splendor of her very best material, but because it is a work of classical crossover, any expectation of pop hooks or singalong choruses will be met with disappointment; consequently, its sophistication, elegance, and poetry will reward anyone who takes the proper time to absorb it.