What is the size of the firmware development team working on firmware for the Fuze+?

Just wanted to get a bit of an idea of how many people are working on firmware, and how often they work/get together and discuss ideas.

Are any of them on these forums and if so what are their names?

At great personal risk, I have unearthed a spy photo of the development team discussing wraparound scrolling and microSD card enumeration.  Sorry, the flash would have ruined the moment.

Check out the Extreme Team here. 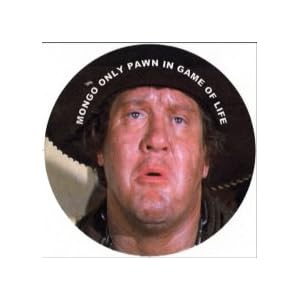 Can you please answer the question seriously? Or?

You can’t expect to get that type of information for several reasons:

1.  Direct interaction between the customer and a developer is discouraged.  The decision on what to fix and the priority of fixes is usually a business decision.  Mitigating factors for deciding on what to fix might rely on how difficult the fix is, whether or not the hardware is capable of doing what is being requested and would the fix break some other basic functionality.   Giving direct access to a developer short circuits the process and as a result, the development team is distracted from the task at hand.

2.  Developers are typically not the most social of animals, and quite frankly I would be scared to death to let some of my development team talk to an end user.  Many developers I have met belong on the Sitcom “Big Bang Theory” and the last thing I would want as a corporation is to expose the end user to a Sheldon Cooper.

3.  The job of the moderator is to scan the forums and generate user cases for possible enhancements and fixes based on requests from all customers, not just the most vocal.  For instance.  Some users do not experience a slugish user interface because they don’t have an SD card, but rather think that FLAC tagging needs addressing.  For me, that is not important, I do not use FLAC and since I have a HUGE database and a Micro SD card, I would rather have the UI issues addressed.  I have “solved” the UI problem temporarily by having all my content stored on the card and leaving the internal memory empty.  I know this is not a fix, but a work around.   The point is, we all have different ideas about what is the “most important” thing that needs fixing.  The moderator can look around and make a dispassionate choice and provide guidance on prioritizing issues.

The point is, asking how many developers and their names is typically proprietary information and would not be given out.  If a developer wants to come on this forum and identify himself as one, that is his perrogative.  Asking the moderators to “out” any lurking devs or give information regarding the size and makeup of the development team is basically asking for insider information about the company and can’t be expected with any reasonability.

In my company I’d lose my job if I gave out that type of information.  I imagine the same is true at Sandisk.

Umm… I’m Pretty sure Tapeworm and Neutron Bob aren’t moderators. There just people who spend a lot of time on these forums.

…and Stanley is a hothead too, a real curmudgeon.

A wise policy for the developer is to sit on the sidelines and observe how the feedback goes.  You can imagine, I am sure, how much headache putting yourself in the open could be.  Not only that, development is a team- and company- effort, and any statements made could need official blessing.

That’s not even taking testing and quality assurance into the equation.

We’re just pulling your leg.  The forums are a great place for feedback.

Actually of more interest is the Designers and the QA/Test team.

Ultimately the developers only do what they’re asked to do.

Someone thought long and hard about not having wrap around menus and decided NOT to implement it - i.e the designer/analyst.

Similarly someone tested the software and the product and decided that the (original) implementation of the lock function worked as expected and was “good enough” to release.

I used to working for a large software house whose software handled 100s of millions of ($,£,Euros) in business each day.

If we’d delivered software this bad to our testers we’d have been laughed at.

If we’d have delivered anything this bad to our customers, we’d have been working 24x7 until it was fixed

Anyway we all know what happened to they Cowboys - progress - technology more or less made them extinct.

Ditto bad products and tech companies who sell them.

No conspiracies are involved, “wraparound scrolling” has not been decided against, it just wasn’t implemented in the new platform.  The new interface has many completely new features, different from the classic Sansa interface.  i believe that the wraparound would be nice- it just may have been thought of as a potentially confusing addition to the new interface, since there’s quite a bit going on in that screen.

Thinking of helicopter cowboys, I couldn’t resist.  Check this out!