Basically what is happening is the device turns on by it’s self, then as soon as the OS is loaded, it reboots endlessly until the battery is dead.

with the battery completely dead (power button does nothing), connecting the USB cable to the MP3 player, starts the reboot loop again.

I recorded a video of the reboot loop, (boring video, 1 minute long but it will do that until the battery is dead.

Also in looking up the issue, the only thing I was able to find was a rockbox thread, but forthis specifig MP3 player, rockbox was never installed (tried it in the past with a different mp3 player and diid not like the UI

(I also tried reformatting it whenn it stayed at the main UI long enough and it did not fix the issue.

Sounds like the power button could be stuck or the solenoid on the circuit bord underneath the actual exterior button. You might try blowing some canned compressed air or electrical contact cleaner (both available at Radio Shack or similar places) in and around the button and scroll wheel.

cleaned the button, still same issue, (button works fine in terms of turning it on and off) 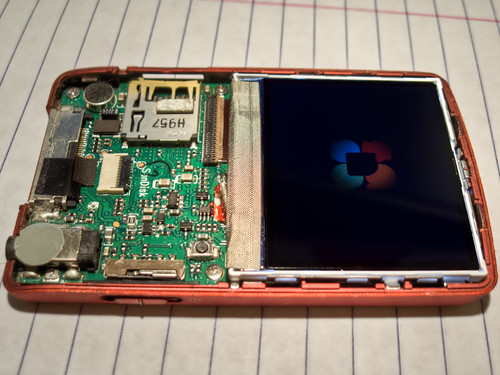 Checked further and nothing seems physically wrong. Wont stop rebooting so I guess I will have to buy a new mp3 player.

Might want to give it a good whack on your leg or something firm, yet soft. While this last resort sounds rather crude at this point you really have nothing to lose and believe it or not, others have posted that it worked for them for various issues they were unable to fix through any other conventional means.

oh well, I guess it is pretty much gone. tried hitting it, no effect, and also taking it apart further. Seems to either be some deeper software issue, effecting the bootup and sandisk offers no tool to completely wipe the NAND and restore factory data.

I have been thinking about getting a sansa c250 but was not sure since I had a c150 a while back and it failed within 1 year. (just stopped booting and being detected, only showed a blank screen for a shot while)

Or if possible, does sandisk sell replacement motherboards for the sansa fuze? 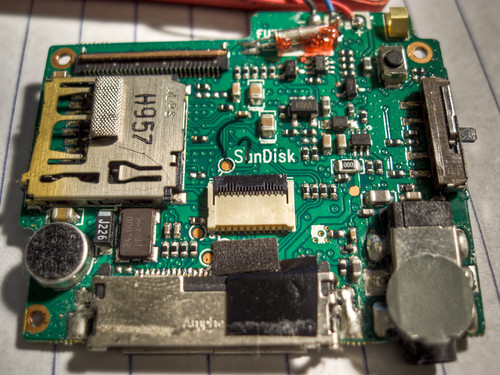 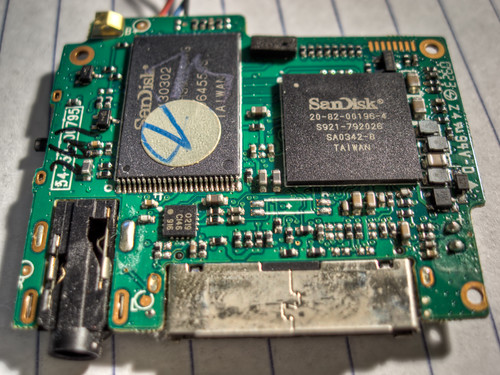 (also cleaned everything with compressed air after taking the picture, no improvement with the rebooting issue)