Wanted to share a positive experience.  My clip plus is used for Audible Books and is several years old.  I use it every day, sometimes for two charge cycles.  I recently tried the FM Radio function and was pleasantly surprised.  I connected it to an amplifier in my boathouse to play my favorite radio station over the boathouse speakers which worked perfectly.  When disconnecting it from the stereo the worst case scenario became real.  It slipped out of my grip and fell with a loud plop into the lake.  I cursed several times at the loss of a device that had worked so well and for so long and which was no longer sold by Sandisk.  I put on my trunks and grabbed a swim mask and jumped into the lake.  Turbidity was low so after a few minutes, I was able to find it on the bottom under a thin film of mud.  I pulled it out, rinsed it in clear water and then dried it and blew out the ports.  I did not turn it on as I recalled stories of people shorting out other electrical devices by turning them on after a dunk.  I took it inside, put it in a mason jar full of rice and left it for two days.  On the third day, I took off the lid and left the jar on the seat of my car outside for about 12 hours.  No direct sun but the car gets pretty hot inside these days.  I brought it back inside, cleaned the exterior, resisted the urge to shoot some spray tuner cleaner into the ports and placed it on charge.  The next morning I pushed start and there it was, back online as if nothing had happened.  Did not even lose my bookmark where I left off in my book.  I shouted for joy.  I have used it for a month now and it works day in and day out just like it always has.  Try this if you ever drop yours in a lake, or something worse.  May not work but since they are no longer made what do you have to lose?  KUDOS Sandisk!

Wow! What is usually a distasterous accident turned into an awesome positive experience. 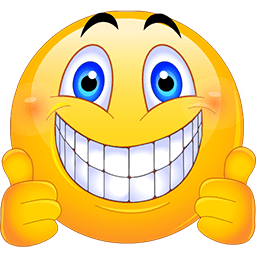 Wow.  Guarantee there won’t be a story like this about any of the newer clips.  Oh well, the clip jam is ALMOST as good as the one they put out a decade ago.  Hold on to that clip+!