I lived in Overland Park for just under six months  as a young lad, before my father relocated to southern California, joining Occidental Petroleum in Irvine.  They had a really cool rounded-edge building facing the John Wayne Airport.  Western Digital had a cool new building next door.

Kansas was really fun back then.  Being close to Kansas City, I learned really fast about barbecue and the awesome varieties of meat  available.  Kansas had three basic forms of weather: hot, cold, or windy, various combinations of the above.

About 660 calories, 40 g fat
This heartburn-inducing snack can be found at Florida State tailgates. These brats are sliced and stuffed with Monterey Jack cheese before being wrapped in a blanket of bacon. Sound like a heart attack waiting to happen? It is. Polish one off and you’re set back about 660 calories.

Good for him! That was a great idea, and he’s learning some valuable life and business lessons along the way.

Next up? 10W-40 and _ Burnin’ Rubber _ for the Nascar and gear-head crowds. :smileyvery-happy:

About 540 calories, 30 g fat
Florida gator fans sure know their red meat. Take one hot dog and wrap it in ground beef. Then wrap that in strips of bacon. Grill. If that doesn’t overwhelm you, maybe the nutritional facts will. One burger bacon dog has about 540 calories and 30 g of fat.

These don’t look like there’s meat under that bacon… or it’s very little.  I’d like to see it with meat under the bacon…

One burger bacon dog has about 540 calories and 30 g of fat.

That’s less than a regular Whopper at Burger King! 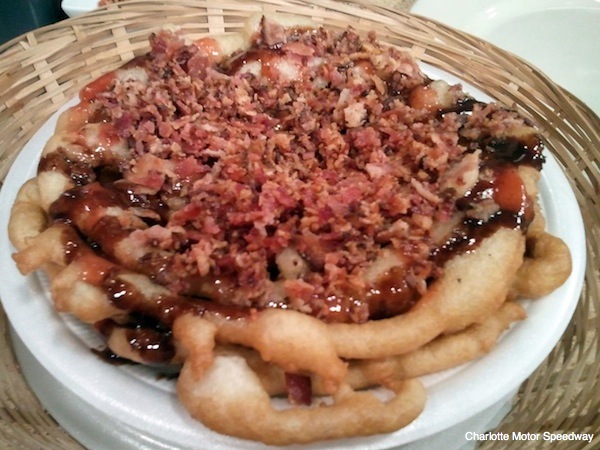 @conversionbox wrote:
In my family it would make about 2 sandwiches. I can eat the better part of 2 pounds myself.

@conversionbox wrote:
In my family it would make about 2 sandwiches. I can eat the better part of 2 pounds myself.

Would that be more or less healthy than a traditional cake? Hmm…

I’d say it’s healthier . . . see the green asparagus spears around the base of the cake? :smileyvery-happy:

And if the cake has a meat-loaf core, that would be even better!

If there’s no bacon filling, then it’s healthier.  One slice or serving wil have more vegetable than meat.

And, yes, a potato is a vegetable.

A shepherd’s pie filling would be awesome!  Bring on the meat , baby!!

A shepherd’s pie filling would be awesome!  Bring on the meat , baby!!

Would you drink a Bacon Milkshake? 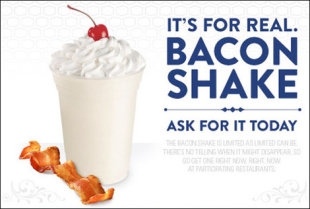 For those who REALLY love bacon . . . 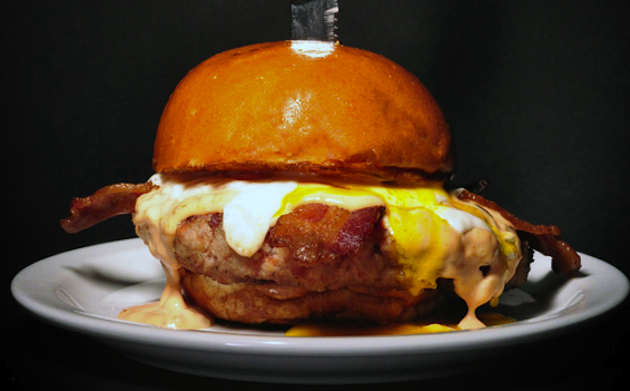 A burger made of 100 percent ground bacon. The Fourth of July-inspired The 'Merica burger also comes topped with a slice of thick-cut bacon, bacon island dressing, and bacon flavored cheddar cheese. It’s only nonbacon topping is an impressive sunny-side-up egg.

Can I get some bacon fries and a bacon milkshake with that?

Ny idea where we could get this in CA?