Fuze is extremely slow when connected to PC

When I have my Fuze connected to my PC (MSC mode), after a couple minutes the Fuze becomes very slow.  Each simple task, like going in and out of a folder or dragging and dropping a song, takes 1-2 minutes (that green progress bar shows up where the folder path is and moves at a snail’s pace).  Is there some kind of setting on the Fuze that might correct this problem?

MSC makes the Fuze the same as any other flash/thumb drive to your computer. it basically bypasses the Fuze’s brain and uses it for storage.

So the problem is more likely in Vista. When it starts to slow down go into Windows Task Manager (it’s CTRL-ALT-DEL pressed simultaneously in XP, might be differenet in Vista) and look at Processes and see what’s taking up the processing speed.

I, too have Vista. But I’ve never had this issue, although I haven’t used the original Fuze in a while. I suggest you backup your files (if you haven’t done so already), format and recopy. Is this happening on your Internal Memory, External Memory, or both?

Ok I’ve gone into Task Manager when the slowdown occurs, and the biggest processes running at the time were two svchost.exe’s, which doesn’t really tell me anything.

I really don’t want to spend the time formatting and recopying all the music onto the Fuze, but if this is the next best thing to try, then I guess I will.  I’m just so frustrated at this point.  I’ve had the Fuze less than a month and I’ve already spent countless hours trying to set it up; it’s just been one problem after another.

It could be a problem with the card, too–or, for that matter, with the cord.

Before you format and recopy, which is indeed a PITA, you might try taking out the card and putting some of your music into the internal memory (still MSC mode).  See if the same slowdown occurs. If the computer can handle the same file better on the internal memory, maybe the card is at fault.

32GB is a whole lot of music. It is going to take transfer time. But it shouldn’t transfer any more slowly than other files.

Have you done the basic computer troubleshooting? Try all the USB ports (back ones are usually better). Disconnect from the internet and turn off antivirus/security programs. Vista has all kinds of security weirdness–but of course, you’re going to need to restore security before you go online again.

This is an unusual problem. Most of people’s slowdowns are on the Fuze itself–when its tiny little processor can’t handle big  imbedded images or nonstandard tags, and it takes a long time to load and play a file. But for it to slow down the computer instead, when all you’re doing is moving files, is pretty puzzling.

Thanks, Black-Rectangle.  To your points:

Do you have good A/V software? Have you run a full scan lately? Sounds like you might have picked up some mean nasties somewhere. Trojans, adware, malware and/or scripts running in the background will absolutely slow your entire system down to a crawl.

Right, sorry. I guess I should read things more carefully.

Do you have good A/V software? Have you run a full scan lately? Sounds like you might have picked up some mean nasties somewhere. Trojans, adware, malware and/or scripts running in the background will absolutely slow your entire system down to a crawl.

I think Tapeworm is right, but Perhaps you could try MTP mode, if only to see what happens. You won’t be able to see anything you put on the internal memory (unless you put it there in MTP mode), but you should still be able to see everything on the External Memory.

MTP mode is just going to add another layer of processing. I wouldn’t use that as a workaround.It shouldn’t be necessary.

And I don’t think it’s tags, because those slow down the Fuze itself, disconnected, not the computer. (BTW, your tags should be ID3v2.3 ISO-8859-1 (the ISO is just how Windows renders the alphabet).  )

I’m not suggesting that you disconnect from the internet and turn off security every time you use the Fuze.  The idea is just to troubleshoot your computer and rule out possible slowdowns–then, when you’ve identified a culprit, you can work on fixing it.

But take Tapeworm’s advice. Run an antivirus scan overnight (after you take that Advil). If for some crazy reason you do not have antivirus software installed–which is kind of suicidal–you can run an online scan from www.trendmicro.com or many of the other security software companies.

Another investigative method is to go back to that Processes list in Task Manager and Google those that are not obvious. One of them could well be a nasty. You’ll find a lot of boilerplate websites about processes, but use your common sense and you can figure out what’s legit. Also, take a look at the graphs in Task Manager. See if there are sudden spikes in processor use, and see if you can figure out when they were triggered.

What happens if you take the 32GB card out of the Fuze and just MSC stuff into its internal memory? Same slowdown?

Also, it may also be something as boring as the cord going bad. That might be why you are having Safely Remove trouble–if the connection is getting intermittently interrupted. You can get a new generic cord at Amazon or cellphone accessory companies for about $5 or less–the cord is the same for the Sansa E200 and the Fuze. (Although an Ipod cord looks similar and can be jammed in, it will fry the Fuze, so beware.)

But before you plunk down the $, I really think you should investigate the computer.

Because to my knowledge you are the first to complain about a computer slowdown–as opposed to a Fuze slowdown–I just doubt it is the Fuze, and if the card is legit it’s probably not the card either. I think it’s more likely to be some Windows problem.

If it is a Windows problem, there are some very helpful people out there, for instance:

I don’t work for SanDisk, and I’m not trying to fob you off on a third party and say SanDisk is perfect. Pragmatically I just don’t think the Fuze is at the core of the problem.  Do you have a phone, camera, etc., that you could leave connected to the computer and see if the same thing happens? 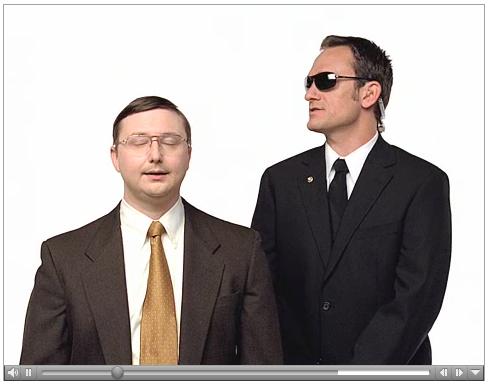 I would try removing the microSD card, and then transfer a group of music files to the internal memory to see if the transfer is lag-free.  This way, you might be able to isolate the issue.  After testing, you can always delete the files from the internal memory if desired.