I tried accessing from the Music menu. Same problem -  Playlist  created for the External card in WMP does not appear. Also tried selecting Music>Folders>External Card

I did not have this problem with my old Clip+ (which now I wish I had back).

I could create numerous playlist and regardless of where they were copied too (internal or external) they showed up on the Clip+ in a playlist (one long playlist).

With this Clip Zip you can only use playlist if the list is short enough to fit within the internal memory.

From what I have tried, it appears to me that the External card cannot use a Playlist. At least not a Playlist created in Windows Media Player 11 for the External Card.

The Playlist is created, I can see the file, but it does not show up as an option, no matter what way I try to access it: from the Card Menu, from the Music Menu, nor from Music>Folders>External Card. The music files from the Playlist I created in WMP are in that folder, I can play them - but no Playlist.

It is there in clear as day in WMP as a playlist but not the Clip Zip.

As said earlier did it on the Clip +, and also did it on a Sansa Fuze I have.

I don’t know why they would have changed this.

I have the opposite problem - playlists on the microSD card work OK, but those on the ‘basic’ player memory do not show up (on the player - looked at via mediamonkey or windows they are there, and work fine).

Maybe the issue is that onely one set of playlists can be seen at once - in my case it is the external card set. Before I bought a card I used to have the internal ones working alright.

I use .m3u playlists from MM4, forced to relative paths, and stored in a /playlists/ folder … works fine on the card.

Not very impressed with the clipzip firmware - the hardware seems OK. I also get random pauses and occasional hangs (sometiems it won’t turn on), and it really struggles with even a couple of thousane tracks. I also frequently turn it on to find my 100% battery charge now reads as 77%. Weird.

Not very impressed with the clipzip firmware - the hardware seems OK.

I contacted SanDisk on this issue of the external playlists, and their answer was (both the first agent and then the supervisor), we never said they would be supported, and if we changed it in the latest firmware it’s not a bug, it’s our design.   I cannot begin to say how much BS this is, especially when it was present on earlier firmwares and other players support this.

So, very easy for me, won’t spend a single dime on SanDisk products again.

The Clip Zip does do some things differently than the earlier Clips.  Each model has unique features, tailored to the capabilities possible with each version.  For example, the Clip+ has a microSD expansion slot, and functions were added.

The Clip Zip has a full color display, so the interface was modified for the new screen.  Navigation was updated to a blend between the Fuze+ and the classic Clip interface.

SanDisk does listen to the needs of its customers, as many enhancements have been added to the Sansa line with successive firmware updates.  There is a Clip Zip Feedback and Feature Request Thread for your ideas and feedback.  Be sure to post your ideas there, as many ideas have ended up as features.

Perhaps the fact that even the Gurus here are saying this should be a hint for the developers to get cracking.…

Yes, it’s time to rattle the tin cups across the jail bars!!  I would say that restoring a previous functionality is logical.

The dark side of coding is that repairing one line can affect other routines, often in strange and unanticipated ways.  Looking at the big picture, it’s a portable media player.  Its function isn’t to be a tie tack , though a Clip does draw some attention when you walk into a meeting with the little guy mounted across your necktie.  I can’t find the little P-38 and Ercoupe ones, hiding in a drawer somewhere.

Back to the point, what does it do are the four most important words to remember.  No poofy “mission statement” required (I loathe those things).  It handles a collection of music, book, and podcast files, and plays them back.  Part and parcel of that mission is to have a method of selecting the files for playback.  That’s why the thing has buttons and a display.  Being able to play sequences of files is why things like Artist names and Albums exist.

When you select an Album, the player is essentially playing a playlist of album tracks, running through all tracks with the same album name.  A playlist is a sequence of tracks that may, or may not, be from the same group.  It makes wonderful sense to have a location where these playlists can be accessed, for if we didn’t have that, their only practical purpose would be to look at them using the computer.  And this makes just about as much sense as starting at a recipe in hope of a tasty meal.

Playlists are a basic convenience of media interfaces and portable devices.  Call me a little slow if you wish, but I have noticed that things like Windows Media Player have made a really big deal of incorporating playlists into the interface.  Have any doubt?  Open Windows Media Player and look what shows up right there in the upper left.  In fact, right click on any one of them, and sending it to the target portable device is one click away.

One of the basic functions of a portable player is to be operable via user playlists.  Thay’re a convenient way to group desired tracks and play them automatically.  I can understand if this isn’t on the box, as delving beyond immediate features isn’t essential as a sales point.  From a scientist’s point of inspection, box art is little more than the marketing equivalent of a bird’s pretty plumage, advertising for the purpose of survival of the species.  You may not find the word playlists in the product description “bullet points”, indeed, but expecting the machine to understand playlists isn’t much of a stretch.  Whether a duck understands water shouldn’t need definition.

Playlists are right here on my screen, page 16 for example, Clip Zip User Guide (August 2011 revision).  The player needs to be able to navigate playlists from the user interface, and it is natural that this functionality should encompass the internal and external memories.  The main limitation is that M3U lists must include path names.

Having playlists resident on the expansion memory (mounted microSD card) makes sense to me, as having lists that are directly related to the mounted card, also one that one can reasonably expect to be swapped in or out of current use, should be allowable on the card.  It just makes sense, n’est-ce pas?

I really wanted to like this Clip Zip, having the original and then the + or plus, stepping up to each new offering.  When I got the Clip Zip and encountered the problem I thought ‘it must be me’ (I am not that tech savvy).  How could the playlist be functioning like this?  I thought I have to be missing something which is why I started this.

When a moderator chimed in I read and re-read his comments.  When he/she says;  “Each model has unique features, tailored to the capabilities possible with each version …” it implies the problem(s) being discussed here can not be addressed by this version.  So this is a specific design feature of this version, not a flaw.  I find that hard to believe.

Drag “Jean Michel Jarre” Folder in Winamp. Save m3u to

Absolutely, it be a bug.  The Sansa is unique in that you can install a previous version of the firmware if needed.  Playlist functionality is one of the things I’m certain will be addressed in the future.

Don’t try to read too much into individual words, it’s like trying to read the tea leaves.  Where things really happen is inside the secret laboratory of development and testing. 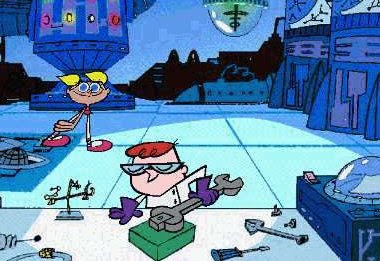 Thinking of firmware, a new build should be coming soon.

Drag “Jean Michel Jarre” Folder in Winamp. Save m3u to

And with the .12 firmware you get bursts of static between tracks half of the time…so this solution is a fail.

I hear no static bursts

With the early firmware, the static “burst” would happen when the device was parsing the header information in the file.  Depending upon your metadata, some files won’t exhibit the gllitch.

I’m keeping my fingers crossed for a solution in future firmware.