Clip+ will not reset, charge, or turn on

I’ve had my 4GB Clip+ for nine months now. It’s worked great until now. I had just loaded on some podcasts and disconnected the player after the battery was fully charged. It refreshed normally, then I started playing a podcast. I fast-forwarded through the first few minutes of the podcast, then it froze.

I held the power button for 30 seconds. The screen goes off. I turn it back on and it says “Battery Low” then “Shut Off” and turns off. This is strange because the battery was fully charged according to the display before I disconnected it from the computer.

At this time I plugged it back into the computer. I clicked into the PODCASTS folder and my files were gone. There was just a single extensionless file with a captial greek theta character as the name. To verify that I could still access any data on the player, I tried to open the ‘version.sdk’ file in Notepad (I’ve done this sucessfully before) but that froze up the window I was using to navigate the device.

I unplugged it again and tried to turn it on. Nothing. I held the power button for 60 seconds then tried again, still nothing.

I plug it back into the computer and Windows tells me the drive needs to be formatted. I try to format it and the capacity of the drive is listed as 4 MB instead of 4 GB. Despite this, I go ahead with the format, which fails.

I’m running out of things to try, has anyone else run into this before?

Can you try leaving it to charge for some hours; and then start it up detached from your computer, and see if it works (and possibly reformat from the Clip+)?  If you can get it going, you also could try reapplying the firmware (see the sticky thread at the top of the forum)–it can get corrupted.  Something caused your player to go ka-blooey.

The good news is, you’re still within the 1-year warranty (in the U.S.; 2 years in the EU) period, if you need a replacement. 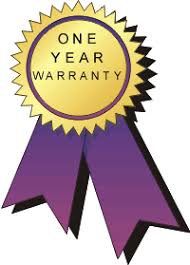