Another One Bites The Dust!

A long & fruitful life! Probably best remembered for his American Express TV commercials, ( “Don’t leave home without it” ) and his role co-starring with a very young Michael Douglas in the TV series, “Streets Of San Francisco”, Karl also had over 50 big screen films to his credit as well.

A damm fine actor! Just saw him in “The Cincinnati Kid” with Steve McQueen, Edward G. Robinson, Ann Margaret, Tuesday Weld & Joan Blondell a couple of days ago. I can’t even remember all the great films he was in that I’ve seen, but there have been many. “Birdman Of Alcatraz”, “Patton”, “On the Waterfront”, A Streetcar Named Desire", “How The West Was Won”, “Baby Doll”; the list goes on & on.

A good sense of humor too . . . He was quoted as saying, “This nose ought to qualify me for handicapped parking!” 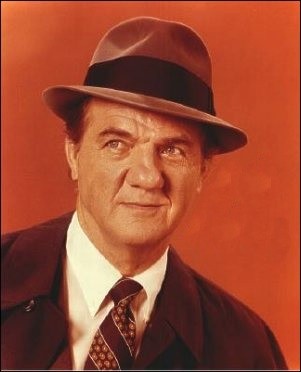 Was there anything more fun back in the day, than watching Karl Malden and Michael Douglas launch their Ford repeatedly, chasing the bad guys through the hills of San Francisco?

Those vintage cars took a righteous beating, hubcaps flinging down the sidewalks.

I’ll never forget the wakka-wakka-wakka funky soundtrack, and I’ll miss Karl.  He made it to 97!!