Possibly permanently. My Fuze has developed the white screen issue.

I’ve rebooted with the power button held up for 20 secs - no improvement. I’ve upgraded/reinstalled the firmware. I’m backing up the data from the internal storage now, but I think this is a hardware failure.

So I’ll not be able to continue YAPL development until I have a new one. If I bother to get a new one, that is - Sandisk’s continued firmware screwups and their seeming ignorance towards users and what they need from their player (combined with their reluctance to remove the advertising from the newer firmware) means that I may decide on a different manufacturer’s device, and support for any Sandisk devices will be removed.

I know that there was a few of you that wanted new features, but it’s looking unlikely that I’ll be supporting Sandisk products in the future.

Sorry to hear that, Dunny.

Sorry to hear that, Dunny. Both about your Fuze’s problem and lack of interest in continuning development on something that many people here find very useful and helpful. :cry:

Looks like the poor Fuze is buggered - formatted, reinstalled the firmware… FWIW, the firmware extracted itself nicely from the .bin file, so something seems to be working. The PC recognises it in MTP mode (the default mode after formatting). The screen remains pure white

Yah I got the pure white screen deal on both my players. This happen when they’re plugged into the PC, and the PC goes into standby. In my case, turning them off still works.

Well if you’re got nothing else to lose, just hold the On slider in place for a few minutes. Heck I’d just wedge it in place with a toothpick or something and go burn some incense to Murphy. Think good thoughts.

Thanks, but no thanks!

This has gone down a whole other route… blurgh

There, this is a family forum, let’s not forget.  I absolutely love political discussion, and read into issues from every angle I can find.  This what America was founded upon.  As early as high school, I read The Federalist Papers, having been fascinated with the Founding Fathers’ own words and arguments, as they published them in their day.

It is an absolute disgrace, the way our children are being taught about our own history.  I am sure that this problem exists on “both sides of the pond”, I am afraid.

As I grow greyer every year, I have learned many sad things about human nature.  One of the most notable is how some people turn arguments personal as soon as they run out of intellectual steam.  It’s easier to slander the speaker than rest on your own words’ merit.  Note, I have yet to see a conservative fall to this level so easily.  So sad…

White screens are usually caused by memory failure.  Is there a way for the Sansa
Fuze to boot from external memory (SD card)?

Be very careful with the “fogies” concept.  I can name several fascists that began their work by isolating the children, and teaching them that the ways of their parents were “outmoded” and “out of touch”.  Several of them rolled across Europe in the not-too-distant past, and Asia.

The children are as cognizant as they are instructed.  Some like to call this being “progressive”.  I remember it used to be called “reeducation”.

“Character attacks work”.  Hmm.  Think about that.  Relativism in its finest form.  If one feels he’s right, attacking the individual versus his ideas is fair play?  Is this Sun Tzu?  Look again at your paragraph encompassing government, most notably, the idea that government “perfectly reflects the character of the people they represent”.  Again, relativism: there are children under the age of eight with more character than many politicians.  I’ll elaborate on this for you.  Place a cookie on the table, and watch.  The child will proceed to the cookie, he’ll look at you in the eye, and will wait for a sign of approval before taking the cookie.

Our politician?  I’ll move things upward a bit.  He needs to travel to Washington.  He requisitions a VC-20 jet for a convenient flight, with staff, because it’s expected.  He expects this kind of perk, feeling that he deserves it.  No question over whether his fellow citizens will approve.  In fact, he’ll requisition another taxpayer-funded flight for a family member or friend, because nobody questioned that free cookie when he was five, I guess.

Politicians make slime their art and craft, as persuasion and the resultant power behind it is a primary goal.  I for one cannot blame their slickness on the moniker “give the people what they want”.  People don’t really want such nonsense, they have come to expect it.  That’s a far cry from simple acceptance of it.

One thing I am NOT afraid to accept.  I CAN be wrong, it CAN be my fault, and I CAN learn and change things.  I don’t need someone else to do that.  Human nature has its limits; I cannot acquiesce and accept something short of excellence.  This is probably where I differ from the “norm”.

Don’t forget, the best forum for this is the Off-Topic page, so we can keep things centered on the Sansa here! 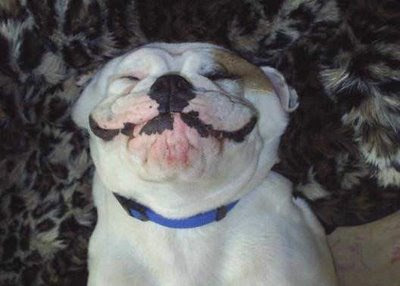